When you love to watch medical shows and are chronically ill there are times when a show will have a character who has an illness you have, has a surgery you’ve had or has some other medical emergency that you’ve lived through and you just chuckle as you watch. Tonight was one of those nights and the character just happened to be another redhead…which also made it that much funnier. The character was a pregnant cancer patient who they decided to deliver her baby for the safety of the patient and the baby and during the delivery she had a pulmonary embolism. I of course recognized the symptoms immediately, knew she had thrown a blood clot, and turn to my wife and say you know pulmonary embolisms are deadly!

When I had my blood clot I had a saddle pulmonary embolism which is a blood clot(s) in both sides of the lungs and they are rare. Estimates are about 1% of the population will get them. Usually the person will die, they usually will not survive it, the doctors are still not sure how I survived mine. Medically I SHOULD NOT have been able to survive it. Now I have a story and I get to smile at the doctors and when they look at the scans and shake their heads asking how to survive I tell them I’m stubborn. There is no medical explanation, only divine intervention on my life. I am blessed.

Tonight I watched as the doctors explained what would happened, what the options were to the patient. She made her decision the show continued. For me they only felt there was one choice because they were sure that anything besides blood thinners would surely kill me and since it was nothing but a miracle I survived and it took them 5 days to decide that I MIGHT survive, they decided to just let my body keep surviving. I will be seeing my hematologist soon for my routine follow-up because now I get to see him on a regular basis to smile and tell him that I am a good girl. I also promise him I’m not trying to die on him.

So I’ve talked about Creme the cat before and this cute mouthy feline is at it again! I was out-of-town over the weekend for a conference and so she was allowed to sit in my seat…well now I want my seat back. I know how DARE I..So today I get up to make my lunch and she decides that would be a good time to claim what she felt was rightfully hers….and that is when the fight began. So I come back and my seat was taken by the cat so I tell her to get down, so she meows playfully and rolls on her tummy. I tell her to get down again and she paws at me playfully. So I sit on the edge of the seat, now she decides that is an open invitation to sit ON my lap…I really should know better by now, but I got a lap full of cat. She head butted me and purred so loud I think our neighbors might have heard her.

So she fell asleep on my lap because I decided that I was just going to lose the battle, but win the war. I let her sit on my lap for a while and then when I went to grab my laptop she got mad at me and ran off to go plot my death because that was the last straw. We all know she likes to figure out how she is going to plot my demise..however every time I leave her for a weekend when I come back she is glued to my side so maybe I’m starting to warm up to her. Maybe at the last second she’ll decide to pardon me! I might have a chance after all!

Same ole story my back STILL hasn’t fused and no one knows why! I am going to have a CT scan done at the end of the month to figure out how much bone has grown, but for a fusion that should have completed in 6 months and it’s been 24 months (almost 25 months) to say I’m disappointed would be a little bit of an understatement. I think the best part now is that we have to watch for metal fatigue…yes that means we have to watch to make sure the metal that was implanted last year doesn’t break. Oh joy! As if I don’t have enough on my plate let me worry about if they are going to need a soldering iron too….

I will be seeing the hematologist soon and two things will happen at that appointment a) we will discuss removal of the IVC filter because everyone is pretty confident I am not going to have some massive deadly blood clot and b) genetic testing to see which genetic clotting disorder I possibly have. Which I am almost coming up to my 1 year anniversary of my first massive deadly all the doctors told me I should be 6 feet in the ground date so the fact that I’m still walking and talking is a HUGE plus! I mean I rather enjoy being a pain in everyone’s BUTT! I said that to one of my doctor’s recently and all he could do was laugh and shake his head. No other response but laughter….I think that’s a good sign…right?

Everyone is happy I survived especially me! Last night someone called me by my deceased sister’s name and I corrected them. They looked at me and apologized and I was teasing them about that if I was her we would really have a problem because I know it’s getting close to Halloween…but we’re not THAT close yet! Then I said if they wanted to go pay her a visit she has a lovely view of the river! The person laughed and said it was good to know I hadn’t lost my sense of humor (they had not seen me recently, and knew I had been having some serious medical issues).

I still think we need to start a betting pool on if my neck is going to fuse before my back! I mean the back has a 2 year lead on my neck, but at the rate it is going, my neck might actually fuse first! We could do a 50/50 split and the other 50 could go towards my medical bills! (I am of course just kidding!) It will be interesting to see which heals first my neck or my back, in some ways I think my neck will heal first because I am skinnier, and I think my overall health is better right now. Sure I am on the blood thinners, but I think the difference in the weight will make a huge difference in the outcome (as much as I hate to say it).

Which speaking of weight yesterday I put on a women’s XL shirt for the first time in years, and I was super excited. I am really working hard at taking off the excess pounds slowly and healthy. I am seeing the improvements, and I also know from doing all the physical therapy that I am also building up the muscle mass as well so I am not just losing the weight I am also building up muscle which will be important for the long term!

So we went to our spiritual community today for the annual meeting which was AWESOME to see everyone. We got lots of hugs and talked to lots of our friends. We saw the minister who said there is something missing when you aren’t around and I said yeah the peanut gallery! haha 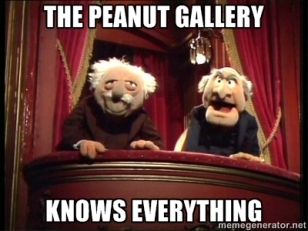 The lesson today was on trust. Do we fully trust God? What a loaded question right? I mean sure we all trust God to a point, but do we trust God 100%, 100% of the time? I think we all want to, but we also want to do things OUR way. We try to trust God, but we want to hang on to a bit, we don’t want to let go 100%, if we just hold on to this LITTLE bit, it will be okay right??

We went over this year’s budget which is always so much fun…I say that VERY sarcastically. I believe we have awesome things going on, but when money starts getting discussed people start getting nuts, however this year people were very civil, I have been in many other budget meetings that were not as civil as today’s budget discussion was. I really do see us growing and I know we are prosperous. I know we will exceeded our wildest expectations for this year when everyone stops letting fear get in the way.

I know that I have some growing to do this year as far as prosperity goes and trust goes. I know that all is well. I know that God has big plans for me. I have had some painful growth here recently but I have gained some awesome wisdom too, I guess that’s the real reason it’s all called growing pains! Next week we are at the Catholic Church to celebrate 350 years of that church, but I am hoping now that I am feeling better and we are starting to get some normalcy back in our life..(well what we consider normalcy…) we can get back to being with our spiritual community more often.

Follow Life Lessons do Equal the Number 42 on WordPress.com